by Avery and Zach

During the Victorian Era, fashion went through various phases.  Clothes, makeup, and hairstyle all changed drastically throughout the 1800s.  During this, women wore every new fashion they could afford just to look good.  Even though it was painful, the women of the Victorian Age were committed to beauty. 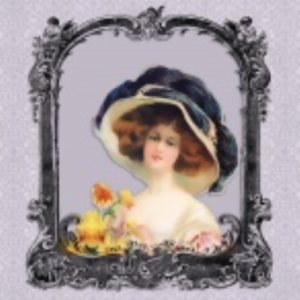 Woman in the Victorian age wore makeup but it had to be done in private. They considered it cheating as they were supposed to have natural beauty. Most of their eye shadows were made with lead, their lipstick was made of mercuric sulfide and their blush was from beet juice. The effects of this makeup was burning, and possibly madness and death. The idea was for people not to know you were wearing any makeup at all. Eyebrows were plucked to look clean and polished. Creams and lotions were made with natural ingredients from the kitchen and garden such as oils and waxes. This would help with dry skin, and getting any acne on the face. 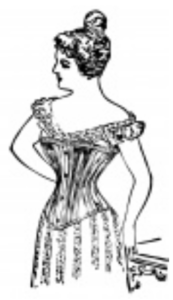 Women’s hair in the Victorian Age usually was very long or in a bun. In the 1830’s the normal hairstyles were buns, braids, and twists, and were not typically curled. In the 1840’s  women began putting their hair in curls along with chignons which is a not in your hair with a design to make it look pretty. Bangs were never worn by women in the Victorian Age because it wasn’t fashionable.  Throughout the Victorian period women sometimes wore fake hair pieces and extensions along with flowers.  They usually wore roses and pansies to make it more elegant. 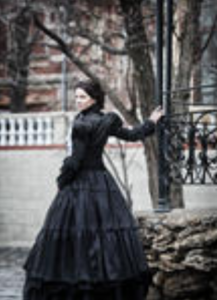 In the 1840s through 1855, women wore large skirts support by layers of other skirts and petticoats.  As the skirts went on, they became more and more elaborate and frilly. The skirts and petticoats were stiffened with material like horse hair, or some type of padding.  The waist was made long, and they wore tight corsets.  They wore these to become slimmer, even though they would change the overall skeletal shape, and caused injuries. The shoulder line was low, and the sleeves were slim.  The arms were typically pinned down by the dress.  Later on, jackets became popular.  Sleeves also started in a pagoda style, being thin near the shoulders and being puffy as they got lower.

As you can see, women’s clothing in the Victorian Era was extremely strict and complex.  Not only did they have to follow it to be considered proper, but they needed to look good at every occasion to impress other women. Women’s makeup and hair was also so tough to put on and they needed to look like they hadn’t tried at all. Women were also embarrassed to be seen buying makeup and putting it on. There were many parts that went to the dress which made it hard for the servants to put it on them. Finally, they may have ultimately been hurt by their own clothes, but at the very least were permanently changed by them. 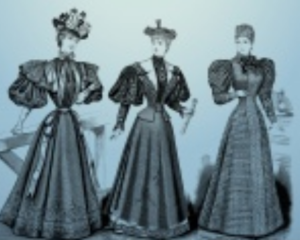 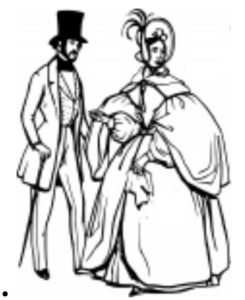 “What is the Victorian Era?” History, trulyvictorian.net/history.html.