by Bill, Matt, and Le’Nahjaa

The Victorian age is named after Queen Victoria. Queen Victoria  was 18 at the time when she became queen on 1837. She ruled England for 68 years; those 68 years are called The Victorian Era. The reason parlor games were put in circulation to make it a game that was easy to play and everyone could play specifically kids who were always doing chores and work during this time and it didn’t occupy them for too long. Parlor games portrayed the life of Victorian Families and what they did for fun. (“Victorian era England & Life of Victorians”)

One person leaves the room (this person is called the judge) one player must put a small item into a box or container, the judge i brought back into the room the judge then picks up an item and the owner of the item must perform a “forfeit” which is just doing something amusing or embarrassing.  If the player fails to amuse the judge or refuses to perform a forfeit the judge keeps the item. (“Victorian Parlour Games”) 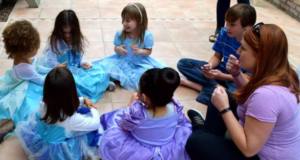 (You don’t always have to use a slipper). Pick a player who stands in the centre of a circle or leaves the room. While that player is out of the room the slipper or item is passed from player to player. The item will stop being passed around when the player outside returns. The person previously outside will then guess which player has the slipper.

The party is seated in a line, or the round sides of the room. Someone enters with the message “My master sends me to you, madam,” or “sir”.  The person may select any one, The person he speaks to is supposed to say “What for”. Then the person who picked the person is supposed to say “To do as I do”,  after this the messenger commences to perform some antic. The lady or gentlemen must imitate, For example say the gentlemen wags his head side to side or taps with one foot incessantly on the floor, The person whose duty is to obey commands to his neighbor to the right or to the left to “Do as I Do” . They do this until the whole company are in motion, When the messenger leaves the room he re-enters with new new injunctions. While the messenger is in the room he must see his masters will obeyed, and no one must stop from the movement without suffering a forfeit. (“Parlour Games”) 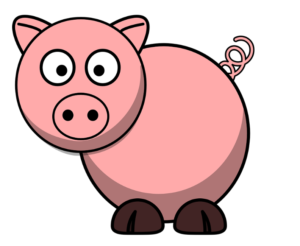 A variant of blind man’s buff. One farmer blindfolded other players sit in a circle around him called “piggies,” Farmer gets spun around then puts a pillow one one of the piggies lap and sits on it. Once the “Piggy” squeaks the farmer must find out which “piggy” it is; based on the squeak. (“Victorian Parlour Games”) 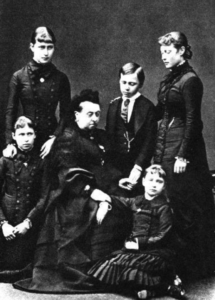