by Ryan and Aidan 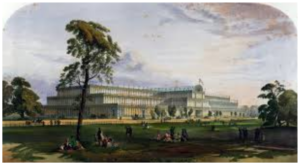 The Crystal Palace was a humongous building built to display thousands of art sculptures. King Albert was the one who organized the infamous Crystal Palace. He created it to hold pieces of art from all over the world. The Crystal Palace was 1,850 feet long and 108 feet high. The massive structure took around 5,000 people to build it. The Great Exhibition was an international exhibition that took place in Hyde Park, London. People would bring in their own art pieces and they would be put on display.The Great Exhibition didn’t last long, only being up for six months. After this it was reconstructed and rebuilt in South London, though in a new form. The new building was constructed in 1854 until being knocked down in 1936. 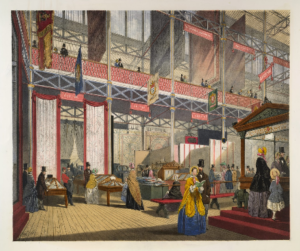 The Palace held tons of different types of art pieces that people brought from across the world. It had different types of pottery, furniture, perfumes, and even a house. Yes you heard me right, a house. There was an estimated 100,000 different objects on display in the Palace (That’s a lot of objects.) The Crystal Palace also held the first ever public restrooms which would help the case of some of the diseases in London. 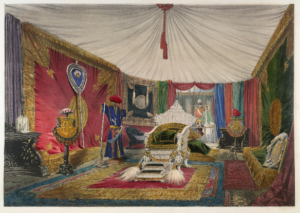 There were tons of exhibits from all over the world in the Crystal Palace. There were exhibits from China, Turkey, Denmark, and even India. These people would come from all across the world to put their work on display and show everyone else the type of items in their country. The amount of diversity in the Crystal Palace was crazy and some people visited the Palace just to see what other countries culture looked like. The Great Exhibition brought people together in some weird ways. 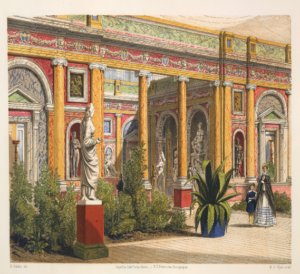 After the exhibition was all over people decided relocate The Crystal Palace. The new location was South London. This new remodel was built in 1854 and it was going strong for a good amount of time. This remodel somehow burnt down in 1936, and this fire was huge. They tried to get it back but this fire was too deadly. A little while down the road, there was a public park named after it. This park is named “Crystal Palace Park” located in South London. The park is known as a Victorian pleasure ground, used for many outdoor activities. 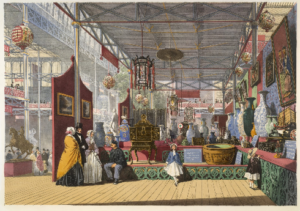