by Olivia and Jess

During the Victorian Era in 19th century, health and sanitary conditions were not so great. Viruses and bacteria were quickly spread throughout London, such as Tuberculosis, Smallpox, Measles, Scarlet fever, Cholera, etc. Horse transportation and cesspools filled the streets with feces, viruses were untreatable at the time, and sewage disposal was at its lowest peak.

One of the biggest sanitary downgrades was the transportation by horses and use of cesspools. In the 19th century, horses were the only source of transportation, besides walking of course. Horses were walking all day and constantly hungry and thirsty. There was nowhere to dispose of the animal´s feces, so it was found all over the streets. The Government was sick of complaints and decided to hire young boys to walk around with the horses and pick up its feces. Over time, the situation didn’t work out as well as the government had hoped, as a result, the streets were found to be covered in feces again. In the Victorian era, toilets weren’t available, so every home had a cesspool. The only known place with toilets was called the Crystal Palace. Cesspools were basically just deep holes that people would go to the bathroom in. Over time, the cesspools would fill up, and night workers would go around and empty them. It was illegal to empty cesspools in the daytime because of the disgusting smell. Some villagers would dump buckets of feces nto the sidewalk in the middle of the day which was another huge sanitary issue. 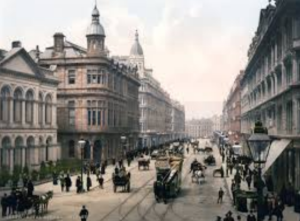 Sewage was a major justification for all the disease spreading through the resident’s houses. The drains and the streets were overflowing with garbage, human feces and decaying animals. Joseph Bazalgette was a significant engineer who helped solve these sewage problems. He designed an “efficient sewage system” where he connected most of the sewage systems to the 82 mile long sewage network. Other problems was the putrid smells coming from Thames that went all through town due to the hot weather. The smells came up from the ground through all of things connected to the pipes. Some examples are the sink, bathtub, and toilets. These stenches were call the “Great Stink” and it started in July to August in the summer of 1858. The smell itself could even could people.

During this time period, many contagious disease spread through London. Most common diseases of the time were cholera, smallpox, typhus, yellow fever, scurvy, scarlet fever, whooping cough, measles, tuberculosis, rickets. Around this time a man’s average lifespan was up to 45 and a woman was 20-25 so not many people lived through this event.  to be  One of the major ones was Cholera that killed about 10,000 people in 1854 which was an infectious and often fatal bacterial disease of the small intestine, typically contracted from infected water supplies and causing severe vomiting and diarrhea. Another major one was Tuberculosis an infectious bacterial disease characterized by the growth of nodules (tubercles) in the tissues, especially the lungs. Also the smallpox was an acute contagious viral disease, with fever and pustules usually leaving permanent scars. It was effectively eradicated through vaccination by 1979. The other diseases like scarlet fever, the whooping cough, Measles, and Rickets all affected children giving them fevers, rashes and having a lifespan of up to 5 years old. Some toxins in the period too spread around. It could kill rats, insects and sometimes humans! The toxins came from the a green dye which had arsenic which is a poison. The green dye was used to kill those rats and insects, but before that humans put that dye in wallpaper, furniture and clothing. When humans came in contact, the poison killed them.

The Victorian Era was a rough time for those who lived in London. Over half of them were killed and getting treated for the infections. The infections came from feces on the ground from the only transportation, horses. Followed up by the numerous amount of feces, their wasn’t any toilets so they had to have cesspools. With all the cesspools in everyone’s house, the sewage started to overflow the rivers. The crystal castle helped this cesspool disaster by having public toilets.  The stenches that came from the sewage was called the “Great Stink” and some people thought that those smells was the reasons of the diseases. The diseases that were most common was cholera, smallpox, typhus, yellow fever, scurvy, scarlet fever, whooping cough, measles, tuberculosis, rickets. Most of these harshly affected kids life making them lucky to live to 6 years old. This event took years to transform London back to the way it was before.