by Kaden and Alex

Calling Cards were much like business cards. They were used to let people know you were there. You could drop them off at a person’s house , or leave them as you go on a calling card holder which was usually put on a marble table. These cards dated back all the way to ancient Egypt, where people would leave tiles at the temples they visited. As the years went on these cards got more decorated and were used for more things. This happened because printers got more advanced, and were able to print more colors. Designs also got better looking and more intricate. These cards, also known as visiting cards were used like invitations, to ask people questions, and let people people know you were in town.

This occurred in the 15th century to the 19th century. But as we known these dated back all the way to ancient Egypt, and even the to the Chinese. They were most popular during the Victorian era, and served most of its purpose here. The location was the U.K and spread farther before the phone took its place.

This took place in France, and originated from here. From here it grew into England which spread all throughout Europe. It dated all the way back to ancient China though, and even Egypt as I said before. It was still most popular in Europe.

Calling cards were very important long ago before phones were a thing because people of all ages and genders needed a way to introduce themselves or to let somebody else know that they were visiting them. If it wasn’t for calling cards, most people would actually need to communicate face to face which, for some reason, was not acceptable at that time period. It was also deemed a good thing to have a lot of calling cards on/in your cardholder because it showed that you got a lot of visitors. By getting a lot of visitors it meant that you were popular and/or very important.

The calling card was used by many different groups of people. These groups include everyone from Ancient Egyptians all the way to nineteenth century England. Calling cards can even be compared to business cards which are used everywhere in today’s society, but calling cards were far more complex. Some of the other groups that used these cards were the Polish, Swedish, and Chinese. Although every place had a few differences among their calling cards, they all followed the same ideas and uses. 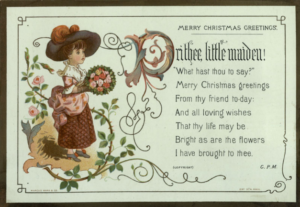 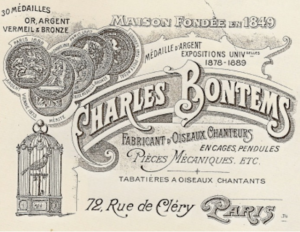 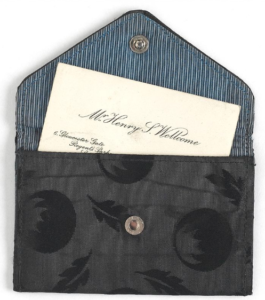